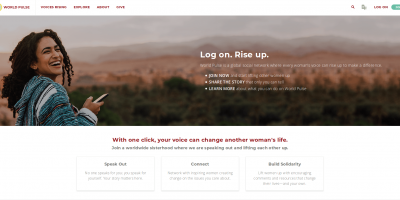 World Pulse describes itself as "an award-winning social network connecting women worldwide for change. By harnessing the power of technology, we help create a world — both online and off — where women unite to share resources, launch movements, start businesses, run for office, and courageously tell their stories. A world where all women thrive."

What did I do?

In my very early Drupal developer years I helped to build this site including some migrations from old D6 site to new D7 site. Some years later, I provided mainteinance and helped developing new features.